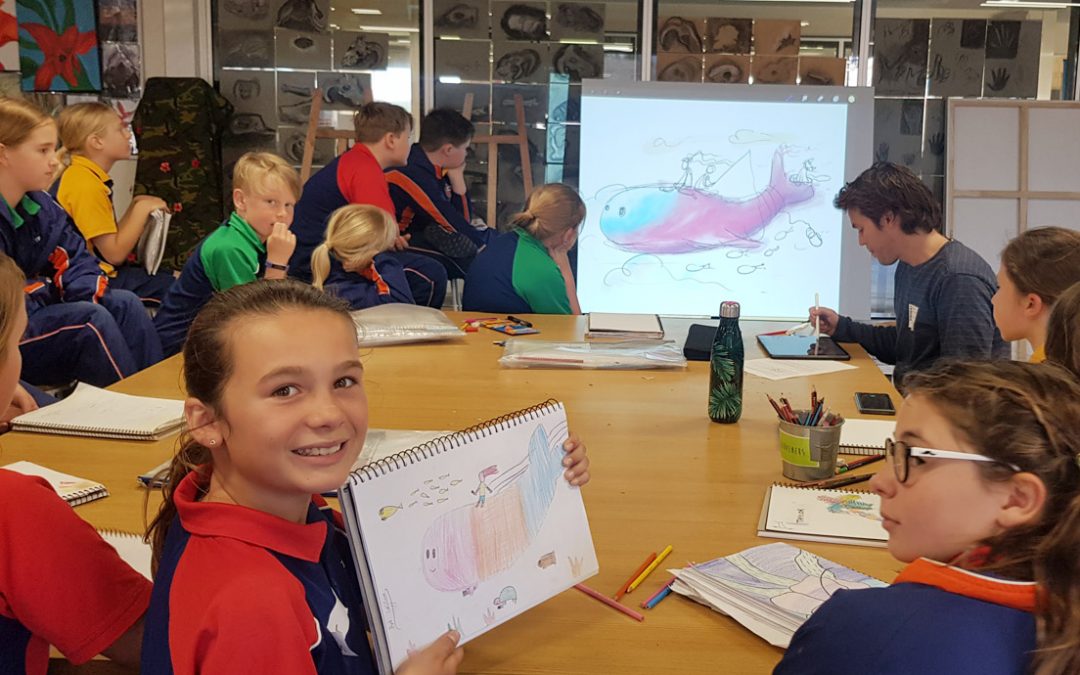 I discovered a new model for a primary school art workshop which was a win win win for the school, the students and myself.

At St James Anglican School in Alkimos, Perth, I had a long but amazing day creating two large original artworks which now hang in the Library. What started as a workshop with the students creating their ideas, became a group idea pool where I drew live each idea, projected onto the canvas that would soon become the artwork. We decided the combination of our favorite ideas, and chose colours and layouts all using the app Procreate which then plays back the recorded session in a neat 3 minute video.

The ideas were drawn onto the canvas and then the afternoon was all hands on deck painting…but in a controlled fashion. I guided the painting and colours the students used and then at the end of the school day, spend a few more hours tidying the artwork to make it complete.

Two artworks were created that day for each class, and then kept secret till the reveal the following week at the school art show.
In addition to the original artworks and the art show, because the artworks were of such a high level and incorporated all the students ideas, we decided to digitize the artworks and printed a limited edition on archival prints, signed, numbered and then sold to the parents art the art show….which would pay for the workshop! Win Win Win… and value adding to the experience. 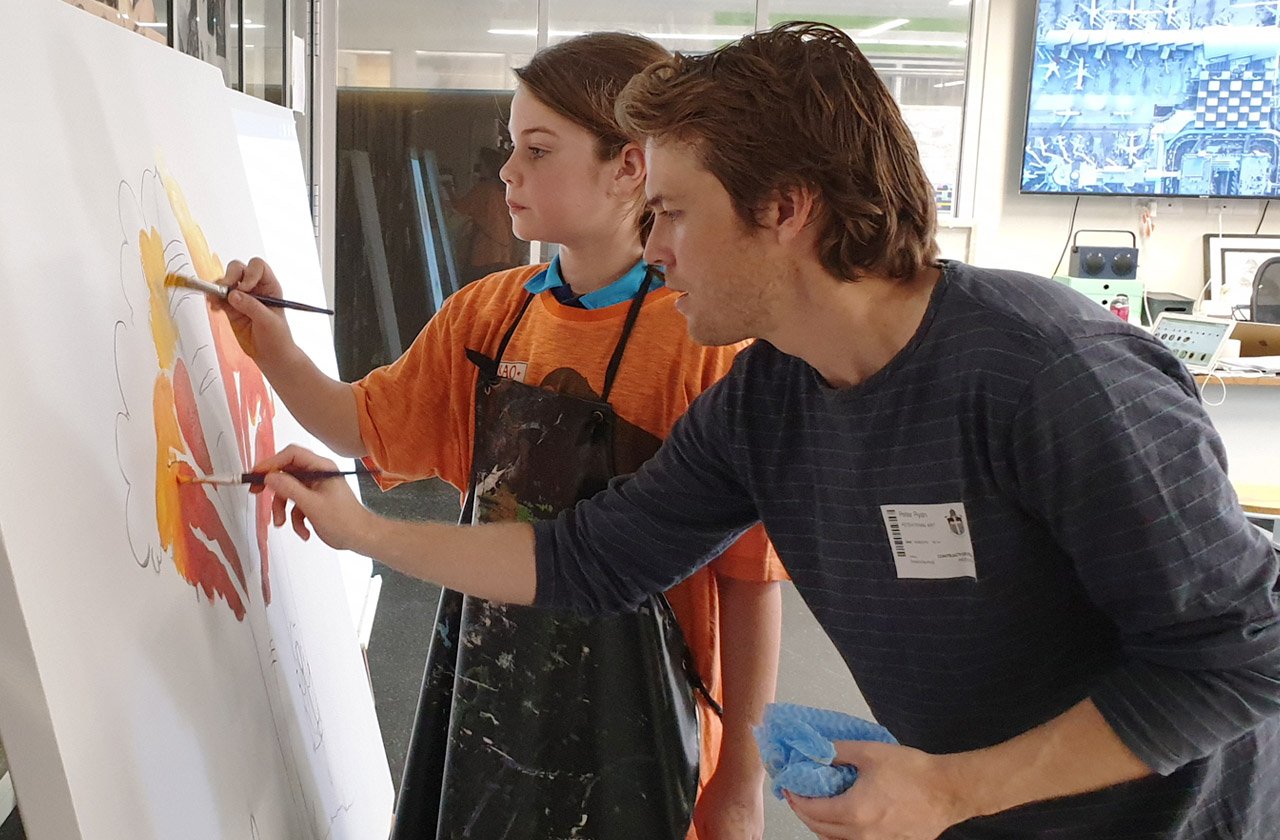 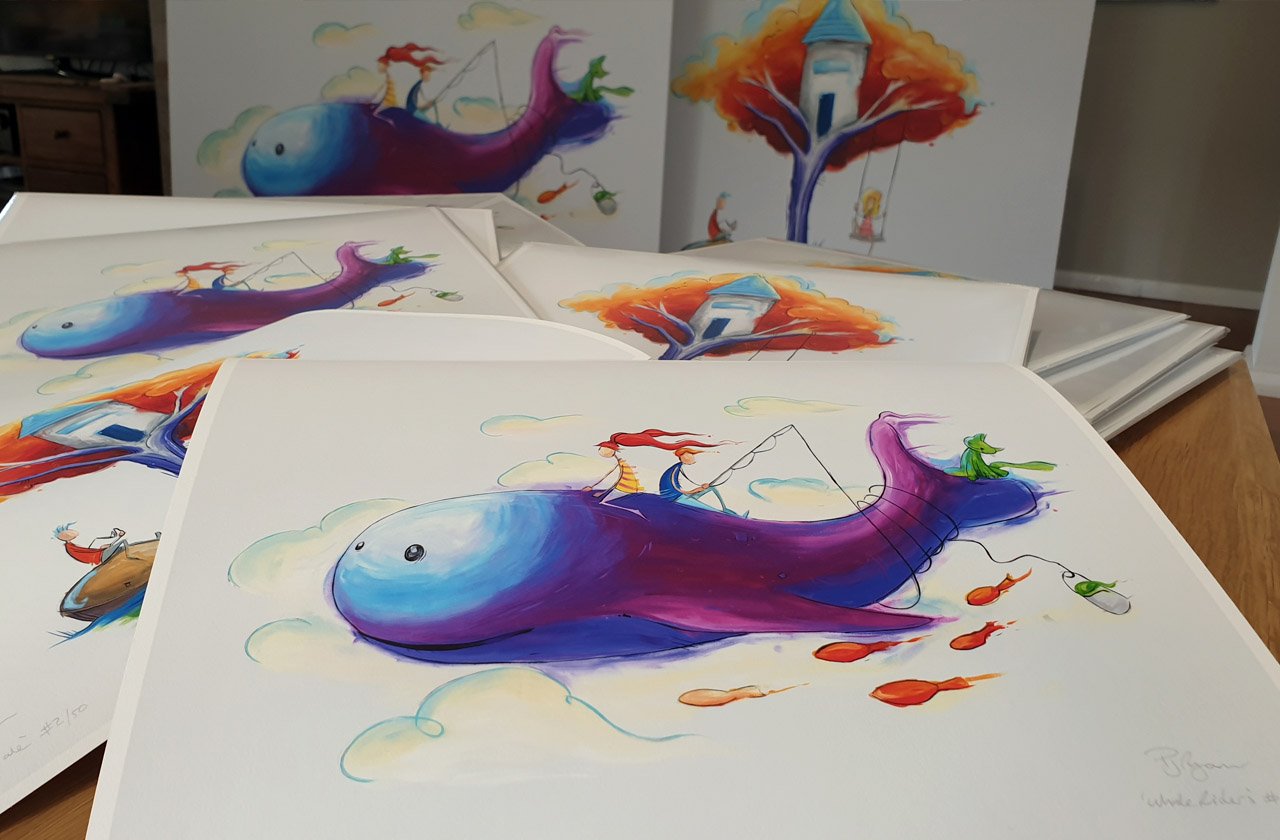 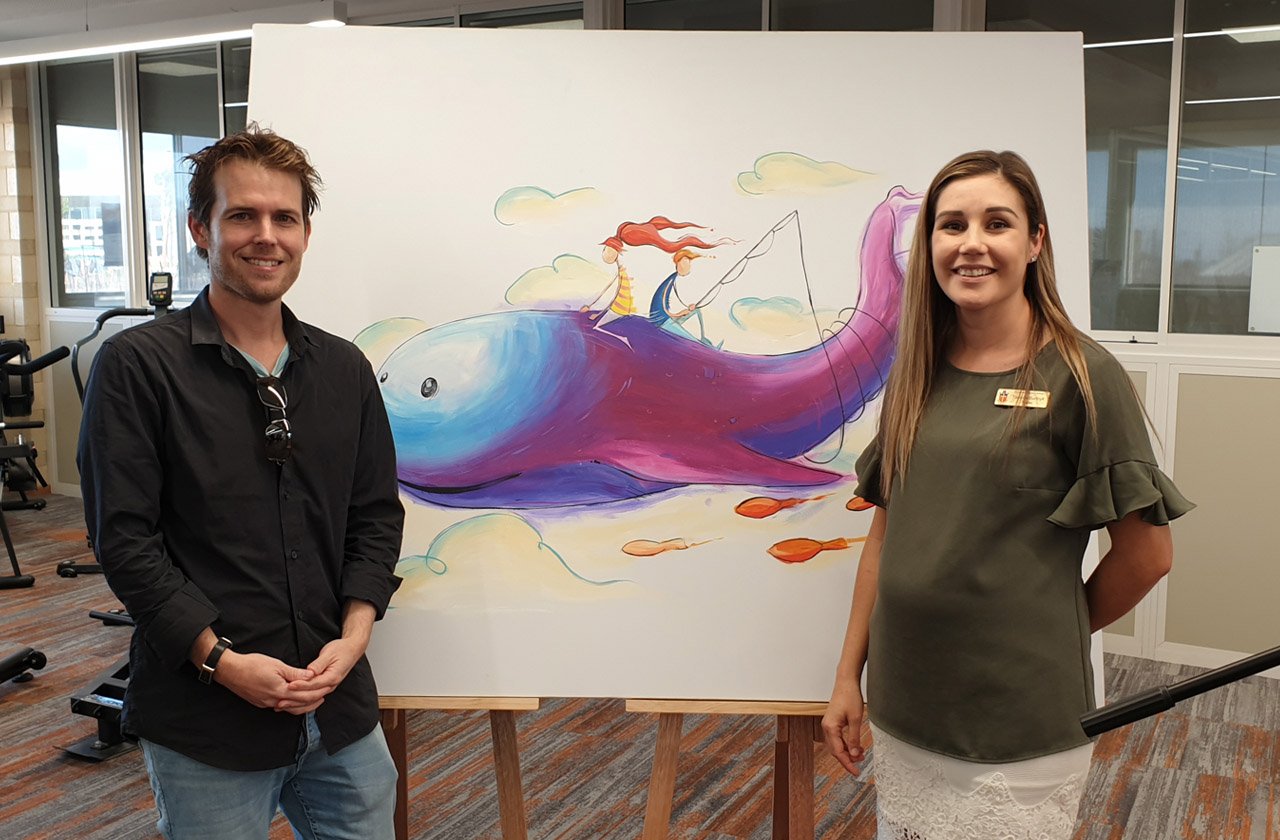 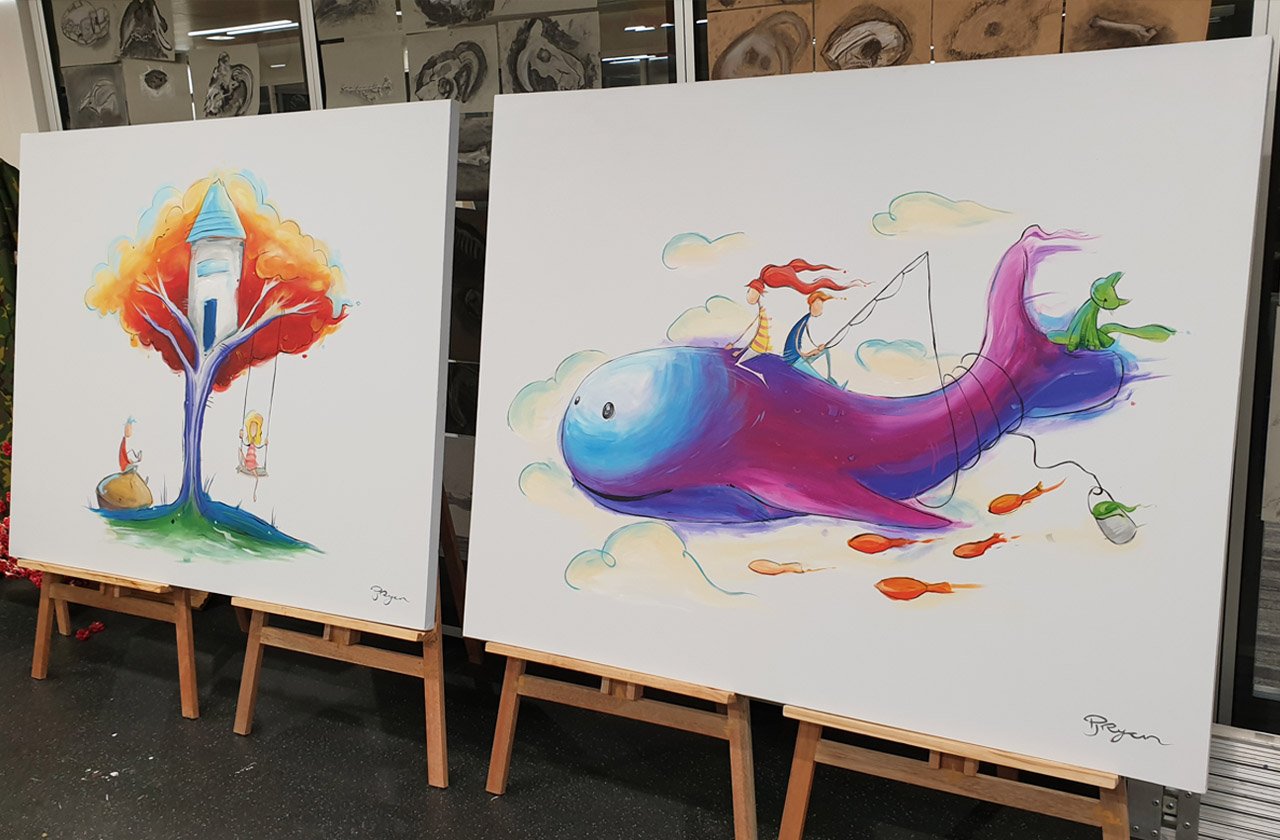